WHAT IS THE CONCEPT BEHIND ESCAPE ROOMS GAMES?

Boston is a multi-faceted city known for its education, scientific research, finance, and rich history. It is also known as a hotspot for the latest trends in entertainment, such as Escape Rooms. Escape Rooms have taken the world of unconventional adventures by storm, and Boston has been a premier escape room destination since the trend engulfed the US.

Escape Rooms are an escapade-style game where you and your group have a limited amount of time to solve the clues, figure out the puzzle and finally “escape” in order to emerge as successful escapees!

More often than not, these escape rooms have a story or theme around which the room’s design and the end goal is cantered. Escape Rooms in Boston have gained a reputation for their top-notch production design, incredibly detailed puzzles, and inventive story-lines that cater to a wide variety of ages and interests.to a wide variety of ages and interests.

So, without further ado, here are the top escape rooms in Boston that you can enjoy with your friends, family, or colleagues:

The below-given Escape Rooms in Boston have approximately 60 minutes to solve and have a challenging set of puzzles which will make the gears in your brain work over-time to escape out in time!

In this escape room, the narrative takes you on a cross-continental train journey. Unfortunately, the train has is boarded by terrorists who have planted explosives in the conductor’s cabin.

The train’s final destination is the Central Station located in the heart of the city. If the bomb goes off there, hundreds of innocent lives will be lost in cold blood.

Your mission is to break into the conductor’s cabin and diffuse the explosives before the time runs out!

This escape room in Boston will have you and your team be a band of high-profile thieves. You have been planning your next heist, stealing a colossal 500-carat diamond worth over a whopping 100 million dollars!

Suppose you want to pull off this daring feat successfully. In that case, you will have to look through the secure facility’s blueprints, gain the innermost knowledge about the high-tech alarm systems, and then finally, break into the facility.

This escape room will test your critical thinking and have you scrambling to collect all the clues, but the reward, if you succeed, will be oh so sweet!

When you and your friends visit a famous museum, something unexpected happens!

You get framed. For what? Well, it won’t do any good to give away all the spoilers, will it?

Thankfully, you can be your hero because you are a renowned detective-in-training.

Now, you need to figure out the puzzles and save both yourself and your reputation!

Step into the shoes of a detective and navigate through this incredibly well-crafted escape room in Boston that will stimulate your mind like no other. If you’ve ever wanted to be Sherlock Holmes, here is your chance!

Travel back in time as you step into the shoes of an elite team of British naval officers.

The crew is abandoning the ship, and the U-Boat has been marked for destruction in one hour; this is the transmission you receive from a British spy who is on board the vessel.

Recover the sought-after Enigma Codes and escape from the U-Boat before you perish along with it! This escape room in Boston will have you change the fate of WWII by solving unique, never-seen-before puzzles.

These escape rooms in Boston are not insanely hard, but they aren’t over-easy either. Perfect for amateur players or experienced players who want to polish their skills.

The Mystery of the Magician’s Study (Boxaroo)

In this escape room, you have been invited to the mysterious study of a once-legendary magician, Viltore Madom.

Discover the secrets that are hidden in the room and quite possibly have the revelation of a lifetime!

This Boston escape room’s architecture and design have been seamlessly integrated with the puzzles to provide the players with a unique and almost flawless experience.

This escape room in Boston is situated in a real jail-cell! You are a criminal, and you are on death row. The guards are coming for you in 60 minutes. Can you break out before your time permanently runs out?

You might think that spending an hour “solving puzzles” may not be that engaging, but the theme and atmosphere of this break out room make this into a total experience that you really should not miss out on!

You visit a Carnival, but this is not an ordinary carnival. Something is very wrong here. Can you unravel the mysteries of this enigmatic carnival before it’s too late?

The clues in this Boston escape room are methodical and logical, so make sure you put on your thinking hat before you enter!

The following escape room in Boston has a comparatively uncomplicated set of challenges and an engaging and imaginative story that will capture the kid’s interest and curiosity!

An adventure novelist, Emily Carter is well-known for her writing style that captures the reader’s attention within seconds.

You and your friends have decided to visit the novelist’s cabin. But does the ordinary-seeming cabin house secrets about the world-famous author that could shake her readers?

Find out in this charming escape room in Boston! 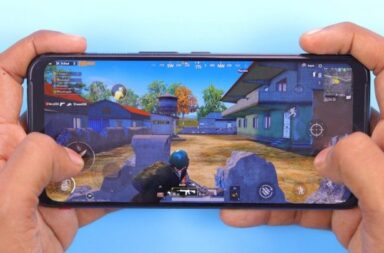 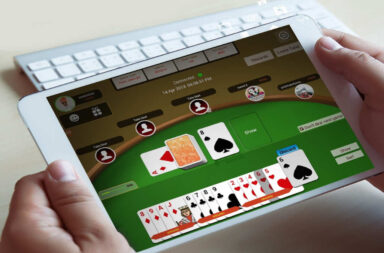