The Basics of Path of Exile

The video game capitalises on a large number of trends in video gaming currently. It manages to meet at an intersection of many different popular features that makes it very attractive to gamers. The first and perhaps most important is that the game is free-to-play. Free-to-play is a video game designation that means you can play the game without spending any money. Sometimes, these games have fees for the initial discs or download, but typically not. The games are free to play, but they’re not completely free. Usually, these games support themselves and pay their developers through a series of micro transactions. Micro transactions are small purchases that happen in the game world but require actual money. These typically pay for exclusive opportunities, enhanced weapons or gear, and player customisations. Due to the popularity of free-to-play, the game features millions of players.

In the game, the player uses a character to explore many different venues. Unlike many video games, this one is unique in that it features an overhead perspective. This gives the player the opportunity to scan the area in a way that first-person and over-the-shoulder views do not allow. The player explores many open outdoor expanses, but as with most RPGs, the player also explores dungeons and caves. Throughout the game, the player has to battle monsters and perform quests for non-playable characters (NPCs). As a reward for battling monsters or for fulfilling quests, the player gets equipment and experience points. Experience points allow the player to level up his or her skills. 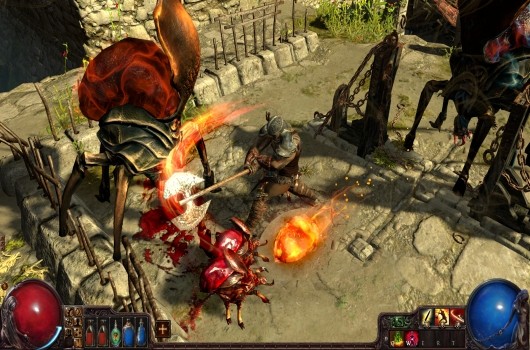 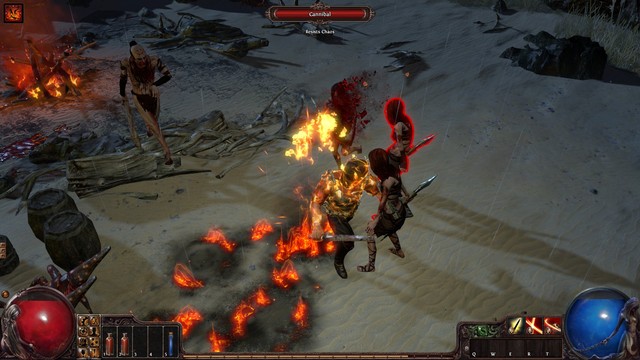 So, in these ways, Path of Exile follows very classic MMORPG lines. That’s probably a major reason for its incredible popularity. RPGs and massively multiplayer online RPGs have been popular for a very long time and are gaining in popularity. Players enjoy the freedom that they offer as well as the sense of community that can be gained from a video game.